Corn Price Update: December 9th, 2012
National Organic Grain and Feedstuffs Report
The following information is provided by the USDA livestock and Grain Market News who have combined their reporting into one national report.

Trading in national organic grain and feedstuffs is higher with moderate demand and light availability due to harvesting of the new crop and lower yields in the areas of the country affected by the drought. New crop harvest has finished for the majority of organic farmers and yields have been described as "what you would expect" for drought ravaged areas, and fair to good yields for less stricken areas. However, some areas in the Upper Midwest that received moisture during the critical growing period are producing average yields. Soybean harvest has begun, but it's still too early to have a complete assessment of yields. Prices on soybeans are decreasing as supplies become available. Supplies are hard to secure, as asking prices remain higher than mills are willing to pay at this time. While soybean prices have lowered slightly, some buyers and farmers continue to import grains from overseas due to prices demanded by many producers. Barley trade has not been in the forefront of recent trading, due largely to the bulk of that commodity being imported from Canada, South America, and some reports say China.

Feed grade wheat was higher as a result of livestock producers feeding more wheat than anticipated earlier this year due to high corn prices. Feed wheat remains in the area of $2.00 over the protein point in all regions this period. Planting of organic winter wheat is proceeding well.

Prices negotiated on the spot market, freight on buyer (trucking paid by buyer = FOB) the farm. Prices are quoted based upon $/bushel, except soybean meal ($/ton and FOB the mill) and roasted soybeans, $/ton. Most prices are based on trading in the Midwest, so delivery to other parts of the country has to be added. Hay is reported FOB the stack or barn unless otherwise noted. 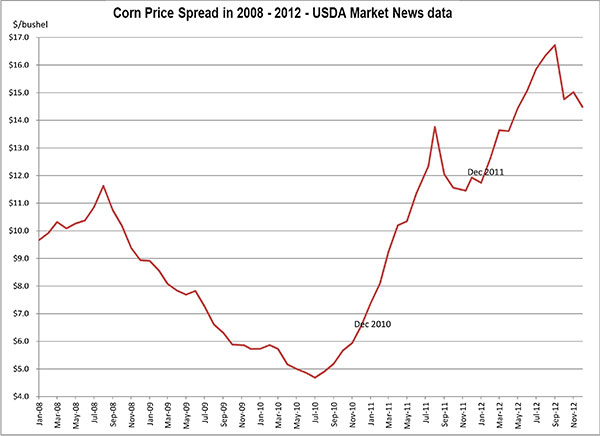 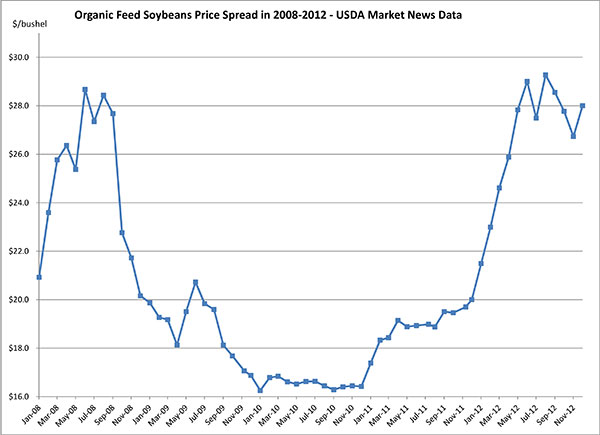 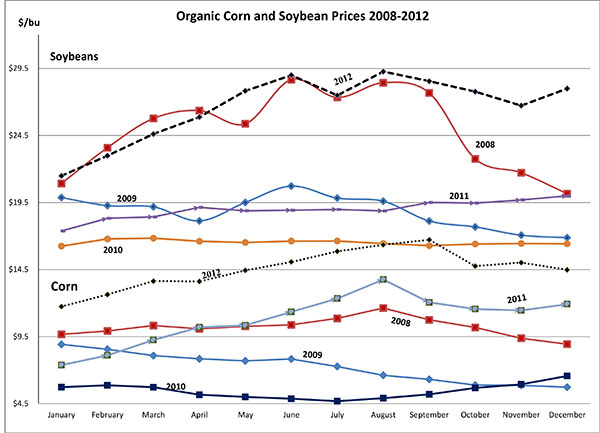 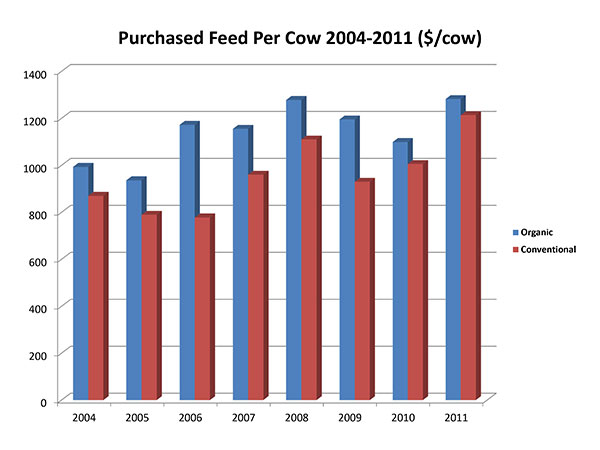 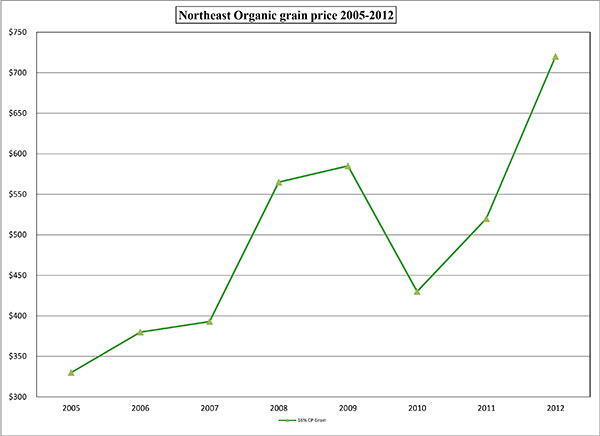 Courtesy of Green Mountain Feeds, University of Vermont and Producers
Current market price for organic dry shelled corn is between $550-650/ton, $620 for corn meal in NY, and organic raw soybeans are between $950-1,050/ ton. Second cut hay is selling for around $200-250/ton and high quality alfalfa hay at $450/ton at the farm.