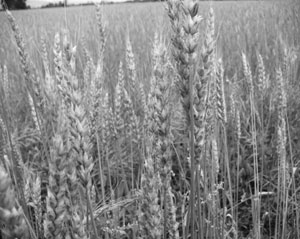 Figure 1. The premature bleaching of wheat spikes and spikelets.

Figure 2. The pink or orange colored molds on grain heads.

Added December 2, 2009. High levels of Fusarium Head Blight (FHB or scab) infection have been reported throughout New England. Fusarium Head Blight is a destructive disease of wheat and other small grains in warm and humid cereal growing regions. Fusarium head blight epidemics can occur when there is persistent moisture during flowering all the way up to grain fill. Given the weather we experienced this summer it is no surprise that we have received so many reports of FHB. The disease is very destructive and causes yield loss, low test weights, low seed germination and contamination of grain with mycotoxins. A vomitoxin called deoxynivalenol (DON) is considered the primary mycotoxin associated with FHB.

In the Northeast, Fusarium Head Blight is predominantly caused by the species Fusarium graminearum. The spores are usually transported by air currents but can also survive on crop residues as well as in the soil. The primary symptom of the disease is bleaching of some of the florets in the head before maturity (fig. 1). Other symptoms include tan to brown discoloration at the base of the head and pink or orange colored mold at the base of the florets under moist conditions (fig. 2). Lastly, once the grains are harvested, infected kernels will be pink, white, chalky and/or shriveled (figure 3). Visible expression of FHB is observed in heads during the soft to hard dough growth stage as premature ripening accompanied by dark brown discoloration of the peduncle and shriveled kernels with a chalky (tombstone) appearance (fig. 3).

Since FHB can produce mycotoxins, it can be a potential health risk to both humans and animals. It is extremely important to evaluate your grains before consuming or feeding to your animals. Look through the grain for pink or shriveled kernels as these are all signs of FHB infection. If you see this type of seed we strongly encourage you to have it tested for mycotoxins. Eating contaminated grain can cause severe gastrointestinal distress.

Once you have the grains tested, the lab will provide you with a level of mycotoxin deoxynivalenol (DON). If the DON value is greater than 1 ppm the grain is considered unsuitable for human consumption (FDA, 1993). However, the grain still might be suitable for livestock feed. In livestock the recommended use for DON contaminated feed depends on the animal; swine 5 ppm, ≤ 20% of ration, cows and chickens 10 ppm, ≤ 50% of ration, and all other species 5 ppm, ≤ 40% of diet (FDA, 1982 & 1993).

There are several labs that will test grains for mycotoxins. You will need to send approximately one cup of threshed grain and make sure you write down that you want DON analysis done on your sample(s). The cost ranges from $35 to $65 and the turnaround time is anywhere from 1 to 14 days depending on the lab.

Below is a list of labs that producers have used for testing.