For most of us hydroponic production is not organic production, similar to the fact that confinement dairy operation where cows don’t graze grass is not organic either. The National Organic Standards Board (NOSB) agreed with that in 2010 when they made the following recommendation about hydroponics: “Observing the framework of organic farming based on its foundation of sound management of soil biology and ecology, it becomes clear that systems of crop production that eliminate soil from the system, such as hydroponics or aeroponics, cannot be considered as examples of acceptable organic farming practices. Hydroponics, the production of plants in nutrient rich solutions or moist inert material, or aeroponics, a variation in which plant roots are suspended in air and continually misted with nutrient solution, have their place in production agriculture, but certainly cannot be classified as certified organic growing methods due to their exclusion of the soil-plant ecology intrinsic to organic farming systems and USDA/NOP regulations governing them.” As is very common with the NOP and NOSB, this recommendation followed seven years of deliberations, discussions and public comment and was specific in detail about what could be grown in soilless mediums and what certifiers should look for in making decisions around what inputs could be used. The NOSB also agreed that some soilless crop production methods do in fact “foster cycling of resources, promote ecological balance, and conserve biodiversity,” as defined in the Organic Rule. Examples of such systems include transplants that are eventually planted in soil, or a system of aquaponics that employs microbial decomposition of fish waste and cycles nutrients from fish through plants. Other systems may include cycling of nutrients using worms or composting.

Unfortunately, the NOP did nothing with this recommendation and we now have a situation where some domestic and foreign hydroponic operations are being certified organic and increasing in scale to directly affect the viability of the market for organic producers who grow their produce in soil. While some certifiers accept the use of hydroponic solutions using only approved materials as organic, other certifiers believe the maintenance of ecological balance and biodiversity in the soil is essential to a truly organic system of production. Those certifiers believe that hydroponic systems, with their dependence on outside inputs, a highly controlled system which relies upon large volumes of outside energy for lighting and nutrient dissemination through the system, does not meet the letter or spirit of the OFPA. 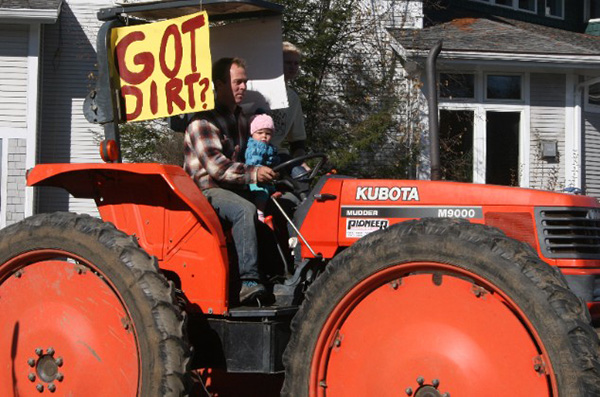 Dave Chapman, an organic producer from Vermont has stated very clearly the effect that hydroponics has had on the marketplace: “The NOP is still embracing hydroponic growing as fully certifiable. Hydroponic “organic” sales now easily exceed $50,000,000 a year in the US. Perhaps the number is much higher, but there is no way to know for sure. It is almost impossible to go into a supermarket in the US that offers organic produce, and not find “organic” hydroponic tomatoes on the shelf in the place of soil grown real organic. It might be different in California, but in my travels throughout the East coast, and into the South and Southwest, this is what I have seen. In almost all cases, the cheaper hydroponic produce has pushed off most of the soil grown organic produce. It has gotten to the point where most real organic growers are forced to market their organic tomatoes and peppers in farmers markets, road side stands, and CSAs. The supermarkets have been taken over by the hydroponic growers from Mexico, Canada, and Holland. They are selling produce to us that could not be certified in their own countries.”

In response to increased concern and pressure from many groups to declare a moratorium on certifying any hydroponic operations, and request for “NOP Instruction to Certifiers” that leads to Rulemaking based on the NOSB 2010 recommendations, the NOP created a Hydroponic and Aquaponic Task Force in September 2015. The stated intention of the Taskforce is to “explore hydroponic and aquaponic production practices and their alignment with USDA organic regulations.” Miles McEvoy, head of the NOP, has said several times that he hopes that the task force will be able to clarify the language of the 2010 NOSB recommendation banning hydroponic, which he said was too unclear for him to make a rule on. At the NOSB meeting in October 2015 he stated that: “The task force will provide a report to the NOSB on current hydroponic and aquaponic production methods used in organic production, and whether these practices align with OFPA and the USDA organic regulations.” The NOP has not publicly specified what it believes is unclear about the NOSB’s 2010 recommendation, thus requiring the creation of the Task Force.

The task force was originally limited to people with at least 3 years of experience in “hydroponic organic” growing. The NOP later responded to a public outcry and complaints, and opened the task force to all interested people. According to Dave Chapman, “A number of highly qualified volunteers with lots of experience in organic farming were not selected for the task force, including organic greenhouse growers David Miskell from Vermont and Ken Kimes from California. About two thirds of the task force members are experienced in hydroponic production, and have little experience with real organic farming.” The National Organic Coalition (NOC) also commented on the make-up of the committee: “Furthermore, while we appreciate that the NOP chose to appoint NOC’s recommended candidates to the Hydroponics Task Force, the overall make-up of the Task Force is such that the majority of those appointed actually disagree with the NOSB recommendation (i.e. believe that hydroponics should be allowed to be certified). Unfortunately, this is likely the result of the original Federal Register notice, which clearly restricted membership on the Task Force to people with at least three years’ experience in “organic hydroponic.” Though the NOP did lift this restriction after public outcry, the result is a group that is stacked in opposition to the NOSB’s recommendation.” 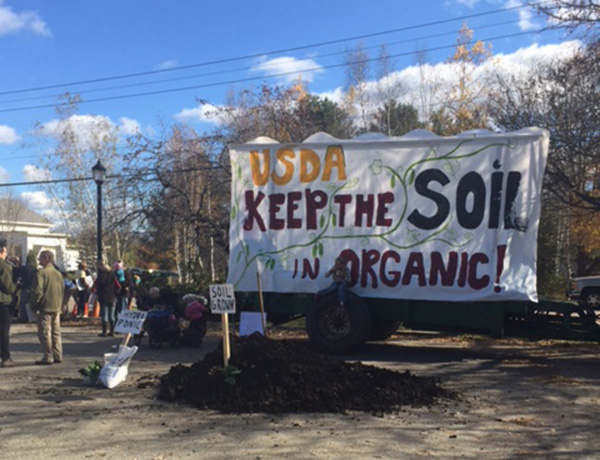 We are now entering very familiar territory in the Rulemaking process. The NOP is following a pattern that has been used in the past to slow down decision-making under the guise of analyzing the current situation. With the Access to Pasture we had exactly the same process that delayed any decision and allowed large scale dairies to establish themselves as economically necessary for the organic dairy industry. If the Taskforce follows its stated mandate and goes back to square one to examine the current situation and assess the economic impact of not certifying hydroponic operations, we will be looking at many years before the Taskforce reports back to the NOSB. The NOSB would have to discuss the Taskforce recommendations and recommend rulemaking to the NOP. The rulemaking would then have to fit into the work plan of the NOP and the availability of slots in the USDA allocation for rulemaking on the Federal Register. We are looking at many years of the status-quo and the rapid expansion of domestic and especially foreign organic hydroponic operations.

The NOP could choose to have a two track course and instruct certifiers as to which soilless systems may be certified, and which do not meet the criteria and are not eligible for organic certification. The instruction should include clear criteria that follow the NOSB 2010 recommendation, and adhere to the definition of organic production presented in the Rule.
The NOP could and should instruct the Taskforce to only clarify what the NOP will need to get to rulemaking rather than a complete re-examination of the hydroponic industry and get a recommendation to the NOSB by Spring 2016. The NOSB could then have a recommendation open for comment and possibly have a final recommendation for the NOP by the Fall meeting in 2016.

The integrity of organic production is an essential part of the marketing of product using the USDA organic seal, especially for those that sell commodities on the wholesale market. The NOP was created to ensure ethical and consistent marketing in organic farming. The whole purpose of the National Organic Program was to prevent misleading labeling and inconsistency of organic certification that we are now seeing with hydroponics. People are buying “organic” tomatoes and peppers with no idea that the produce is hydroponic. Many people don’t even know what hydroponic means. The websites of the businesses and organizations that are organic champions celebrate the soil. Statements are commonly made such as “Organic Growing, it begins with the soil”, and “Organic farmers understand that what you put into the soil has a profound impact on what you get out of it”. But the reality of what is offered in the stores is quite different.

The Big Deal is that without the belief of consumers in the integrity of organic, there is no future for organic certification. Dave Chapman has responded to the challenge of making the process work and his comments to the NOSB meeting in Stowe Vermont this October give a clear path for action by the NOP, as did the protest by organic farmers outside the NOSB meeting on the first day of the NOSB.

Dave Chapman comments to the NOSB:

“The time has come to come to a conclusion on the issue of hydroponics in organic. Like the Emperor’s new clothes, the NOP position relies on our continuing silence in order to avoid ridicule. The 2010 NOSB recommendation is completely clear in saying that hydroponic production has no place in organic certification. Soilless growing is simply not in keeping with the basic principles of organic farming. I believe that the task force is an attempt to avoid rather than to act on the recommendation. I believe that most of the people in this room agree with the NOSB recommendation.

Was it ever intended that the NOP would redefine the principles of organic farming? No! They are only meant to be the referees, ensuring that the organic standards are enforced and kept safe from corrupting economic interests. That is the entire reason that the NOP was created by Congress. To protect the farmers AND the consumers from unethical marketing, from tricking people into buying something they didn’t mean to buy. And now the NOP is becoming EXACTLY what they were created to protect us from.

Let us stop settling for Certified SORT OF Organic.

I have three proposals for the NOP:

I call on Miles (McEvoy), the NOSB, Senator Leahy, and all of you to push the issue to a speedy conclusion, keeping the organic standards strong and true.”

Dave Chapman can be reached at: davechapman52@gmail.com.